This is the area surrounded by a wall that has existed since the 18th century AD. The remains of the wall are indicated on the following sign

The city of Jaffa is one of the oldest port cities in the world. Traditions tell the story of St. Peter who lived in the house of Simon the tanner, where he performed the miracle of Tabitha’s resurrection, and dreamed the dream that actually allowed pork for Christians

In March 1799 Jaffa was conquered by Napoleon as part of the war waged by the French in Egypt and Syria in order to disrupt the English trade lines with India. Napoleon laid siege to the city, after the breach of the city wall (a wall that preceded the wall indicated above) the city was conquered during massacres and looting of the inhabitants

Jaffa Port located in the Old Jaffa area is one of the oldest ports in the world (over 4,000 years). The port of Jaffa was the main port of Israel until the establishment of the port of Haifa (1933)

, where all the goods that came and went from Israel passed and in particular the export of oranges known as Jaffa oranges

, the port is dominated by the lighthouse built in the1860s

In Old Jaffa there are places of worship for Muslims and Christians: Mar Michael Church

There are two types of signs in this series:
1. A square sign consisting of 9 stone tiles. These signs, placed by the Tel Aviv Municipality and the Old Jaffa Development Company Ltd., include a description of the place in 3 languages ​​(Hebrew, Arabic and English), and are usually accompanied by a picture or illustration. The signs are on the walls of the houses, or on pillars

.
2. In the port of Jaffa, rectangular signs made of metal are placed on the ground. These signs dedicated to the port of Jaffa have a picture, followed by a description in 3 languages.
Among the sites that appear on these signs you can find the shipyard

, Weighing Station from the British period

And more.
One of the signs in the series: 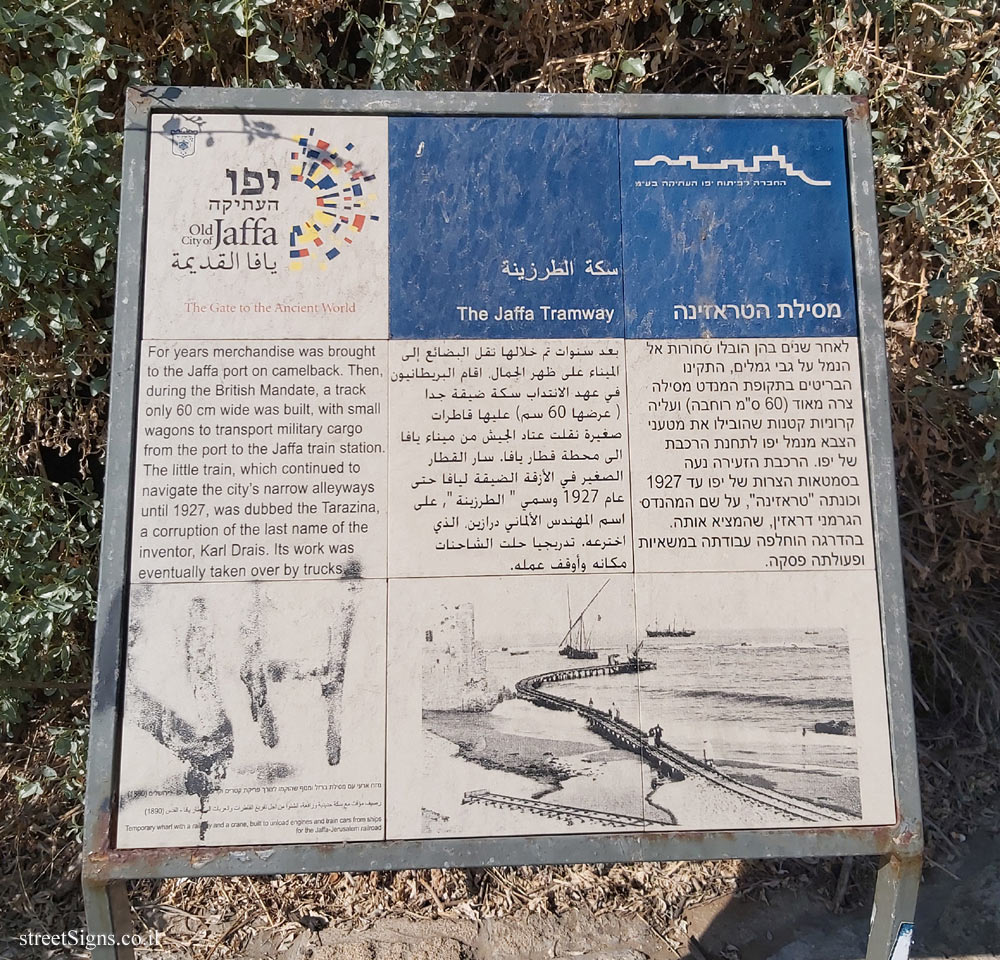 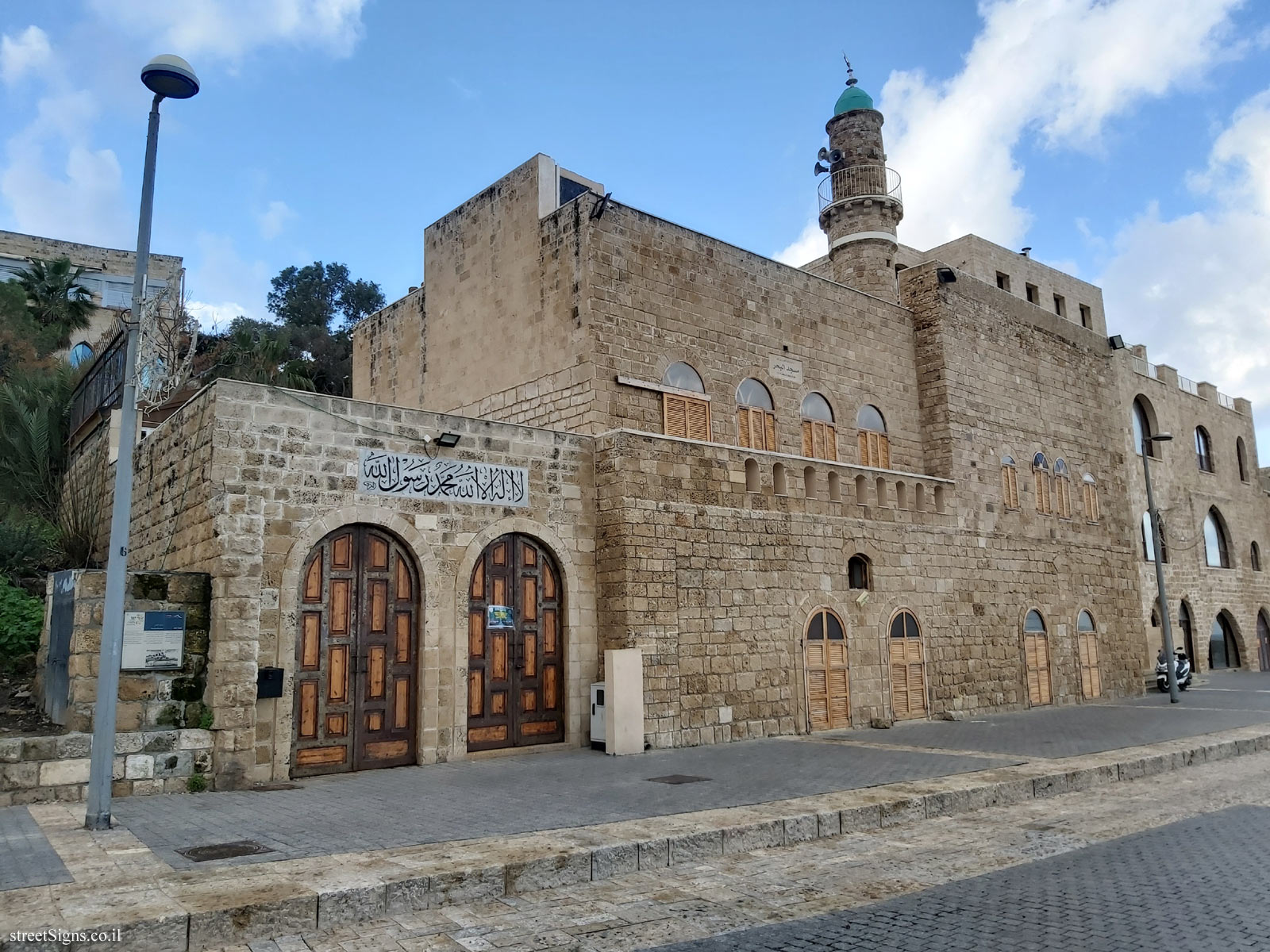