Rishon Lezion was established in 1882 by the Yesod HaMaala Pioneers Committee - a body founded with the aim of buying land in Eretz Israel for agricultural settlement. In June, 17 founding families came to the ground, commemorated in Founders Square

. The settlers encountered many difficulties mainly due to the weather damage and the poor agricultural knowledge of the settlers.
To the aid of the settlers came the "known benefactor" - Baron Benjamin Edmund de Rothschild, he established a winery there

, sent agricultural experts to guide the settlers, and assisted in the excavation of the first water well (which began construction at the beginning of the settlement, but was completed only in 1883). Due to his actions, the Baron was nicknamed "the father of the settlement". A monument in memory of Baron Rothschild is in the city

.
After the guidance of the Baron’s gardeners and the construction of the well, the Moshava Garden was established in 1884 as a vegetable garden, which became a station for agricultural experiments and later the Orchard HaMoshava

.
In 1886, the Habib school was established, which was the first Hebrew school in the Land of Israel (and probably also in the world), where they studied and taught in the Hebrew language

In 1898 the Community Hall was built

In the same year Benjamin Zeev Herzl visited Eretz Israel, Rishon Lezion was one of the stops on this visit, as described on a sign near Beit Ha’am (Community Hall)

.
Rishon Lezion received city status in 1950
As of this writing (2021), Rishon Lezion is the fourth largest city in Israel in the population index.

The Rishonim Trail is an initiative of the Rishon Lezion Museum

and is in fact an extension of the museum.
The trail includes about 30 buildings and sites located in the historic center of Rishon Lezion. The trail was inaugurated in 1980 together with the establishment of the Rishon Lezion Museum.
Among the sites are the path you can find the People’s House

The signs are rectangular, made of metal and placed on the walls of houses or on pillars.
The signs are bilingual (Hebrew and English), with a picture of the site and an explanation of it.
There are a number of signs that have been neglected and therefore were not included (for now) on the site, such as the sign located in the old town hall on the pedestrian street on Rothschild Street - as photographed in 2020 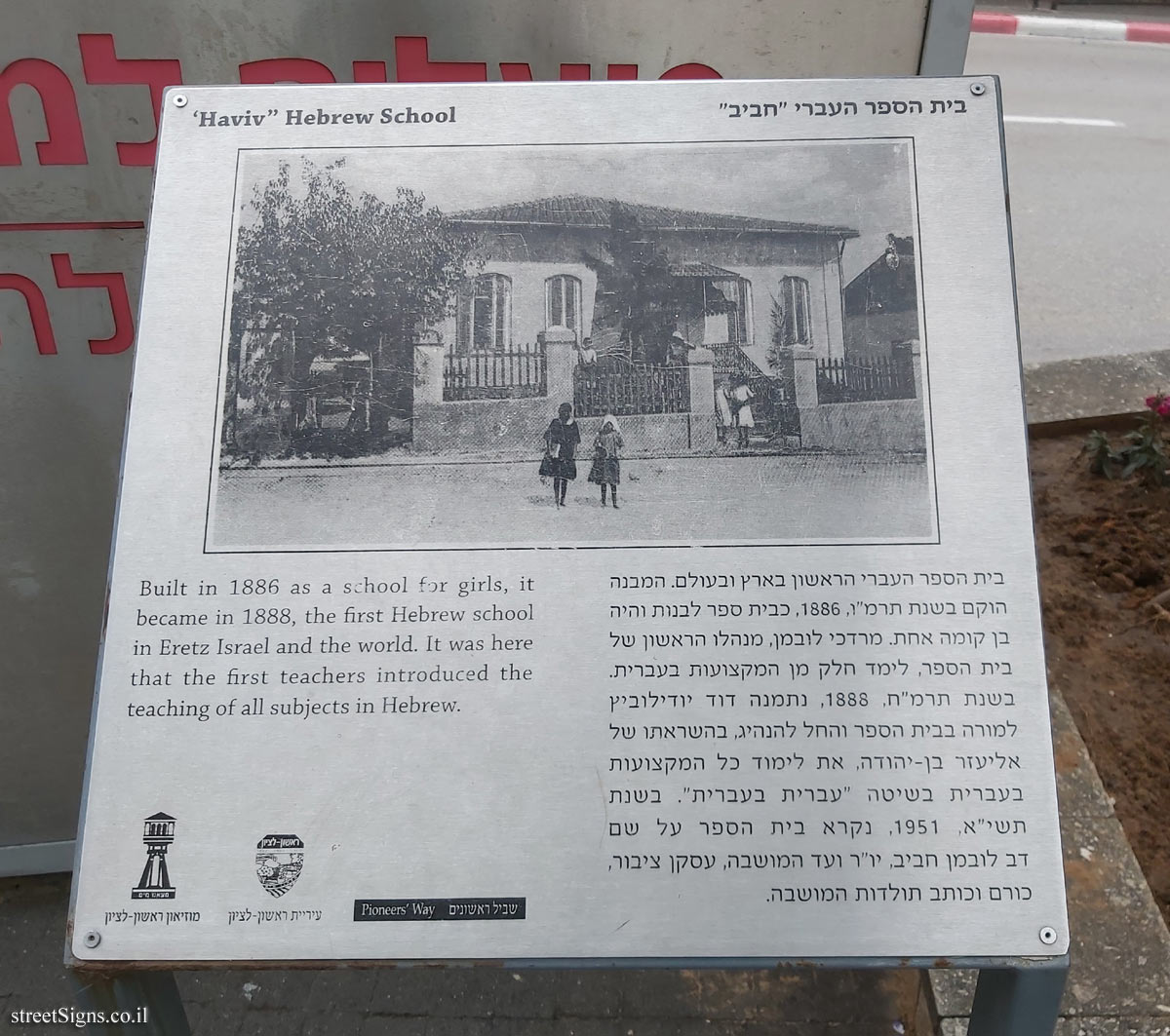 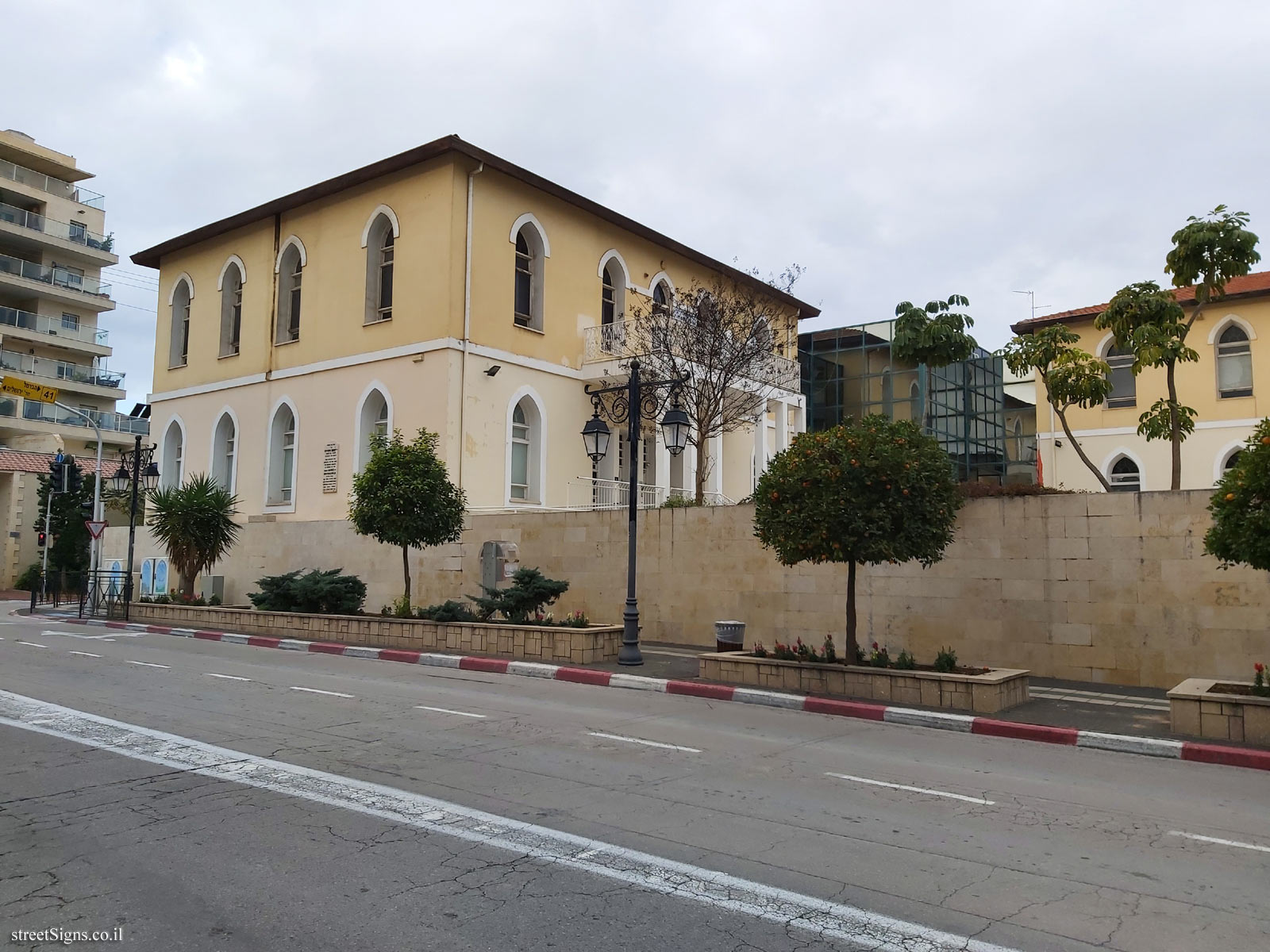