.
The design of the neighborhood was modern and relatively advanced for that period

, an example of which is HaShiva Square, which was built in the early days of the neighborhood

.
Immediately at the beginning of the construction of the neighborhood, a water tower was erected

, which later also served as a defensive position in the War of Independence

.
The neighborhood was guarded by Nissim Fredo (the legendary guard), who even received a commemorative sign in the building where he lived

The Agricultural and Building Bank for Palestine Ltd purchased land in the Tel Aviv, Holon, Hadera and other areas. The bank issued debentures in order to use the funds to purchase land and sell it at reasonable prices

The signs are made of plastic / glass, some are placed on the water tower on Azar Street, and others are on fences in the Krauze garden.
Each sign displays an image, below which is the Agrobank Bank logo (from which the customer’s logo is displayed in the "Agrobank Bank" section) and text related to the image
One of the signs in the series: 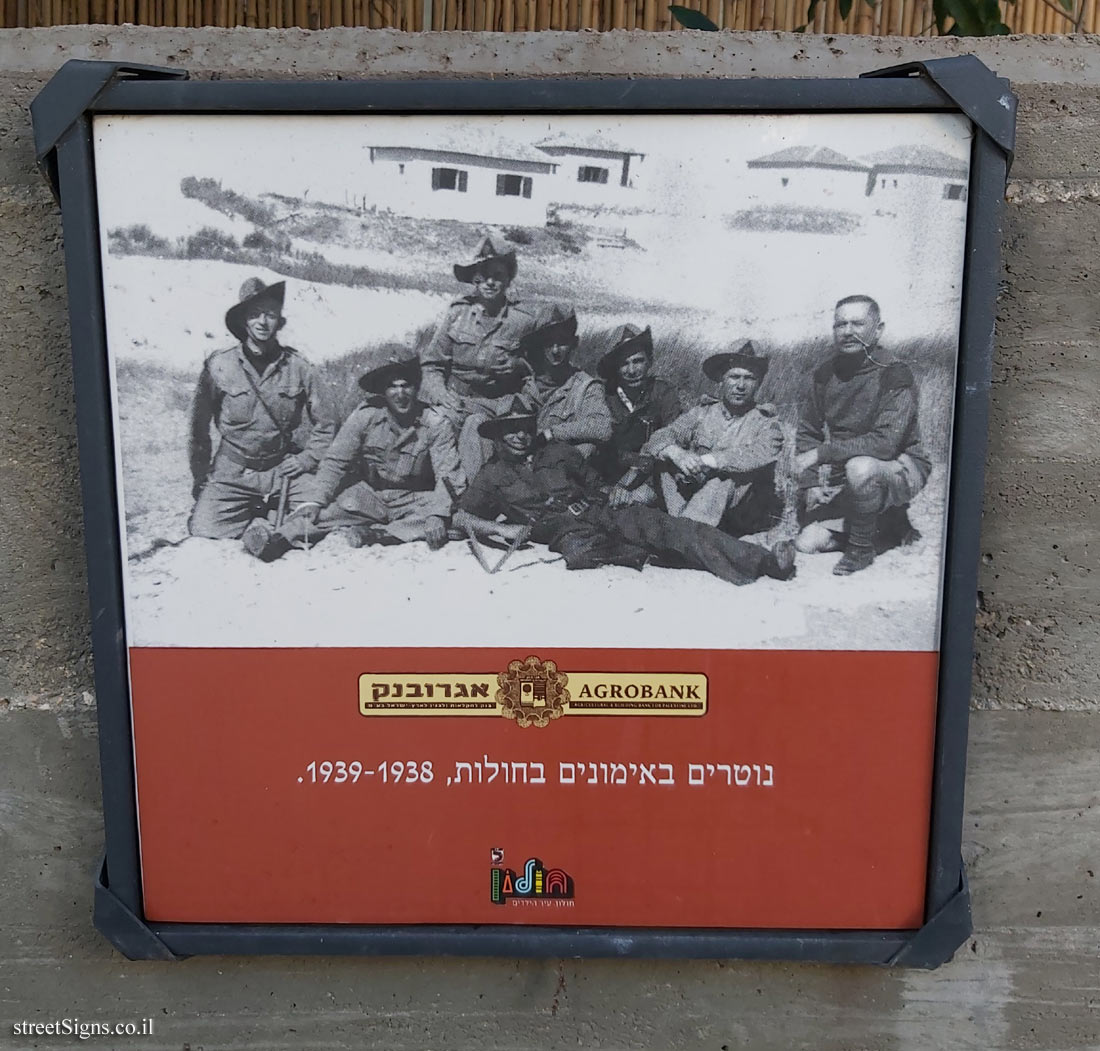 Click for all signs belonging to Pictures of Agrobank (Holon) history