Petah Tikva was founded in 1878 as the first colony in the central region, and was called the "Mother of the Colonies"

. The first action of the settlers was to dig a well, and after a few months water was found. Among the founders of the colony can be found: Yoel Moshe Salomon

And Yehuda Rab and his father Elazar

. The plowing of the first furrow fell on the part of Yehuda Rab and was followed by the other founders

The settlement encountered many difficulties, both because of the Turkish government’s ban on the construction of permanent homes, and also the lack of agricultural knowledge, natural disasters and fever caused the colony to be abandoned.

In 1883, settlement in Petah Tikva was resumed by members of the Bialystok Group

Much momentum for settlement came thanks to the intervention of Baron Edmund de Rothschild ("the well-known benefactor") who visited the colony in 1887, and following his visit began to assist in agricultural knowledge, draining the swamps and protecting the settlement. In recognition of his activity, a monument was erected in 1947 to the "Baron’s Gate"

The Baron’s operations were coordinated by the Clerks’ House, which was established in 1889 and from which the aid operation was activated

. As a result of the activity, the Great Synagogue was also built in the name of Baron Rothschild’s father (1898)

In 1905 the PIKA Boys’ School was opened |1454
In 1921 the colony was recognized as a local council by the British government, and in 1937 as a city. At the time of writing (2021) Petah Tikva is the fifth city in terms of the number of residents in Israel.|

The signs are the results of the operation of the site preservation department in the city of Petah Tikva. A body belonging to the municipal cultural administration and engaged in the study and preservation of the city’s heritage. The emblem of the department is a silhouette of the "Baron Gate" monument


The signs are rectangular, made of metal and placed on pillars or on the walls of houses.
Most of the signs represent historic houses, such as: the Halvana Naiditz House

or other places and even trees: the lemon eucalyptus 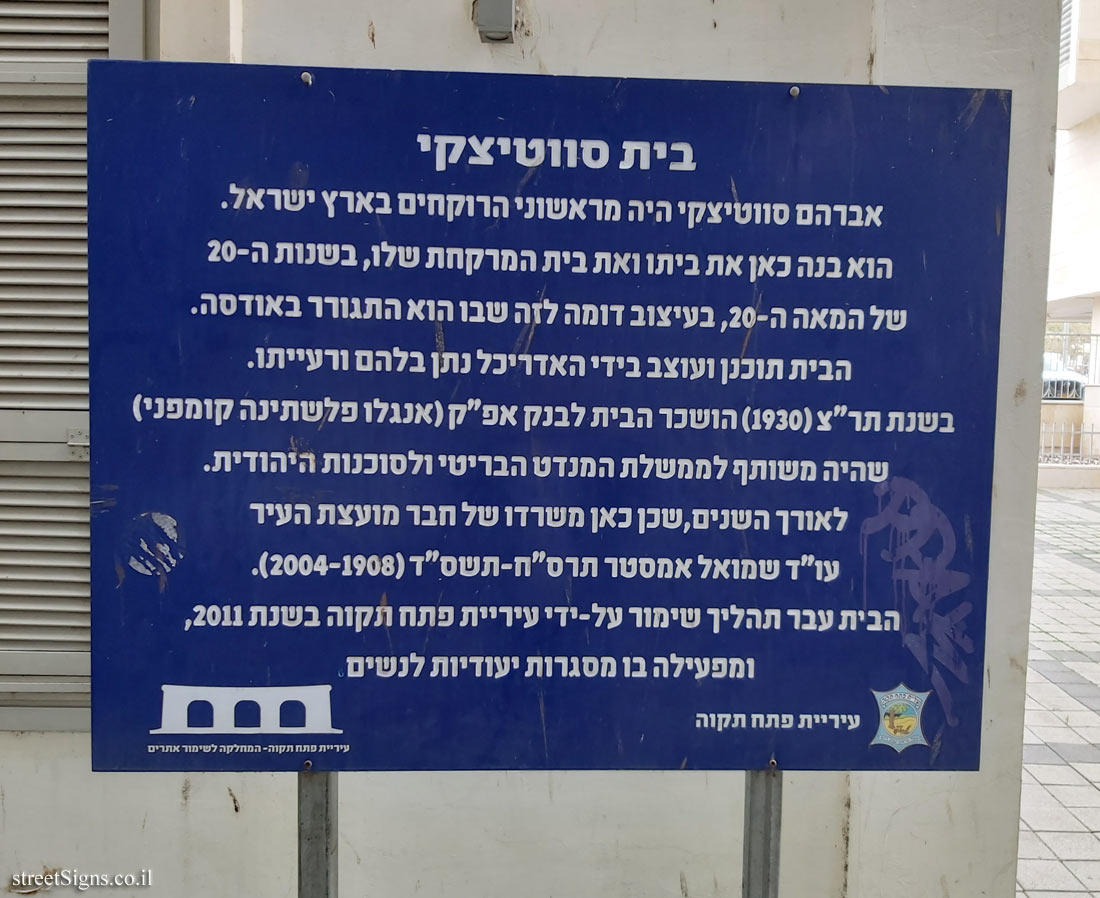 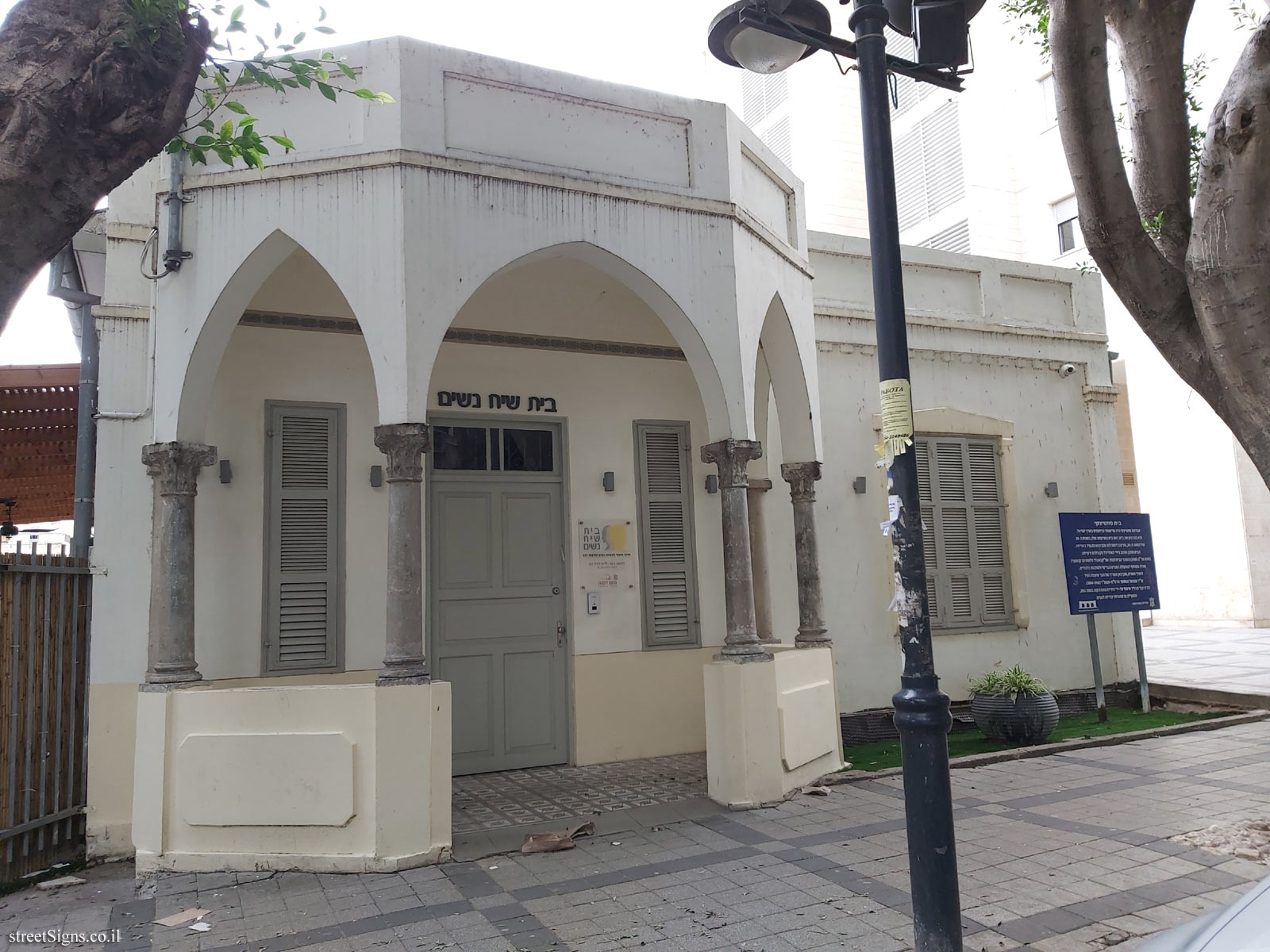 Click for all signs belonging to Historical Sites in Petah Tikva