Union Square is located in lower Manhattan, New York between Broadway Street to the west and Park East (Fourth Avenue) and between 14th and 17th Streets.
The area where the square is today was agricultural land | 1500 |, with the development of New York City, some of the agricultural land became urban, and since the intersection of Avery Lane and Bloomingdale Road now called Broadway created an angle where buildings were difficult to build, it was decided to build a square there, and in 1815 The square was originally called Union Place, which implies the unification of the two streets that border it

In 1842 with the completion of work on the Croton Aqueduct that carried water from the Croton River to the Manhattan Reservoirs, a fountain was built in the center of the square

The square was a gathering place for various events, such as demonstrations, rallies and also presidential funerals.
In 1861, at the beginning of the Civil War in the United States, a large assembly was held in the square in order to support the government forces

And of President Andrew Jackson in 1882

In 1870 a statue was erected in the square in memory of Abraham Lincoln, which was moved to its present location in 1930

In the streets surrounding the square there were fashion shops

Union Square was adopted by the workers’ organizations (Union), although its name was given to it for another reason (Union of Streets, as noted earlier). And in 1882 the first Labor Day parade was held there which began at the City hall and ended at the square

Gregg LeFevre
The boards were all made by the school teacher and artist Gregg LeFevre, who specializes in creating boards in public places (more than 120 sites across the United States). Another collection of signs by the same artist depicts specially designed buildings in the Manhattan Park Avenue area

The22 rectangular plaques are made of bronze, in various sizes and are placed on the ground along the southern arch of Union Square. The signs erected in 2002 depict significant events in the history of the square
One of the signs in the series: 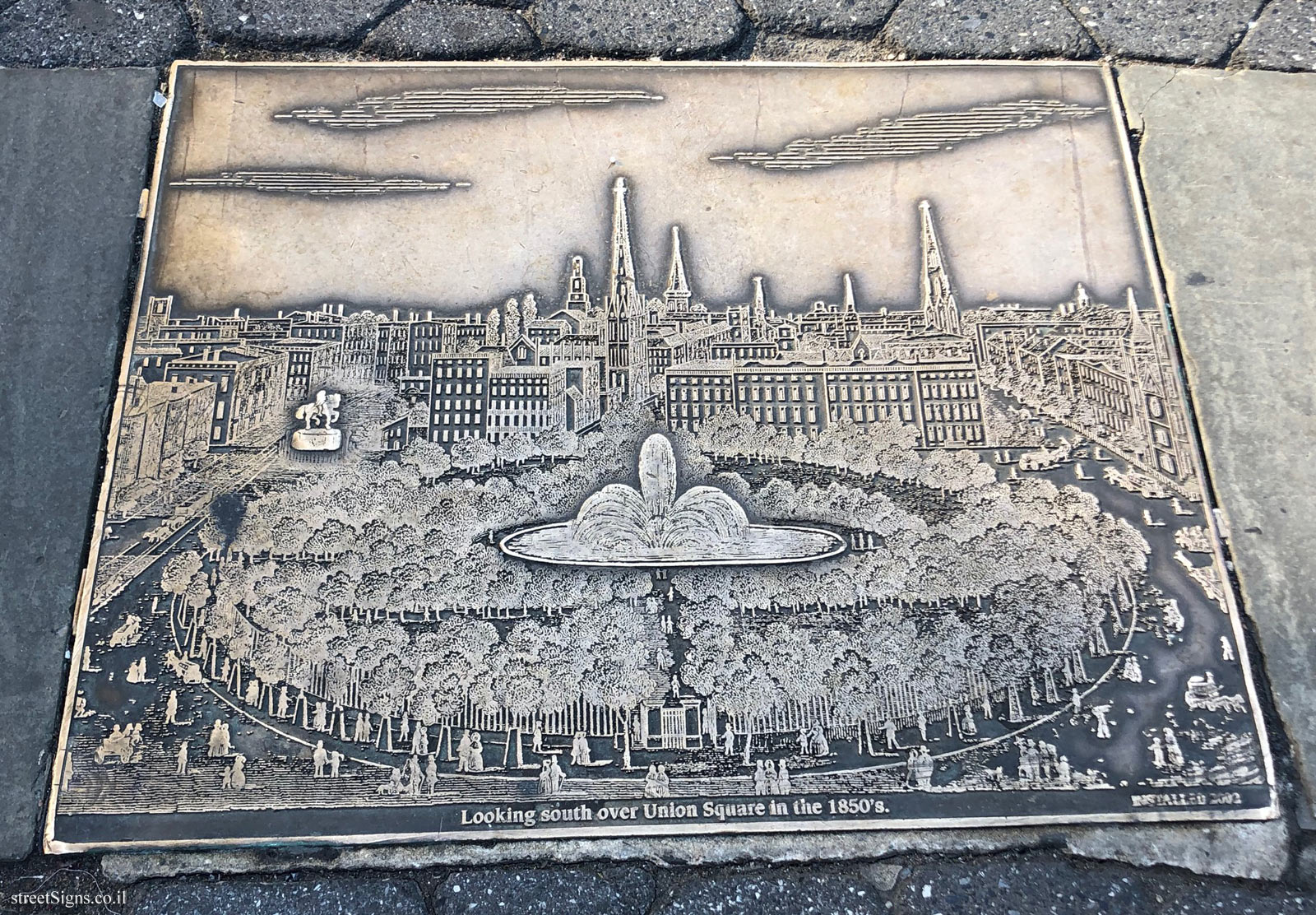 Click for all signs belonging to Union Square Timeline