A name given to the center of Tel Aviv where thousands of Bauhaus-style buildings are concentrated, this largest cluster in the world led to this area being declared a World Heritage Site by UNESCO in 2003

.
Most of the buildings were built between 1929-1950 under the direction of the city engineer, Yaakov Ben-Sira, is considered the father of the "White City" and even received a commemorative sign as part of the "In This House" project commemorating artists who lived in Tel Aviv

The buildings in the White City are mostly concentrated in the city center in the areas of Rothschild Boulevard, Montefiore Street, but buildings can also be found in the area of ​​Nordau Boulevard in the north

or in the Florentine neighborhood in the south

The name "White City" was probably given because of the bright plaster used in the buildings, the simplicity of construction, and the design of wide streets with public gardens. A style that gave a sense of space and light.

At 29 Idelson Street in Tel Aviv is the Liebling House - the White City Center, established in collaboration with the Tel Aviv - Jaffa Municipality and the German government, with the aim of presenting and preserving the "White City" project. The center hosts exhibitions, seminars, lectures and more (interesting that although the building is in the style that justifies "its own sign", we could not find a sign from this series on the building)

Here are some of the buildings:
Haneviim House - Ahad Ha’am 35

Not only residential houses are included in the White City buildings, you can also find the transformation station on Eilat Street

, the water tower on Maza’a Street

Gan Yaakov near the Heichal Hatarbut

and even the Tel Aviv Lighthouse

Most of the signs are in a uniform format dictated by the Tel Aviv Municipality.
The format includes: illustration of the building, address in 3 languages ​​(Hebrew, Arabic and English), description of the building in 3 languages ​​and at the bottom of the sign the text: "Building for preservation in the White City", accompanied by the White City emblem, Tel Aviv emblem, World Heritage project emblem and UNESCO

The signs themselves appear in several forms:
1. Aluminum pallet placed on the wall of the building

2. Aluminum plate placed on a pillar (designed in a minimalist way)

3. A panel covered with a glass frame and including a lighting element

(In the next picture taken in the early morning hours, the sign can be seen in its lighted condition

Click for a larger image), there are cases in which in this format, another plaque with the building address was added

There are a number of buildings with signs in a different format in which only the Hebrew and English languages ​​appear, it is possible that this was before a permanent standard was issued for signs of this type, for example: Beit Soskin 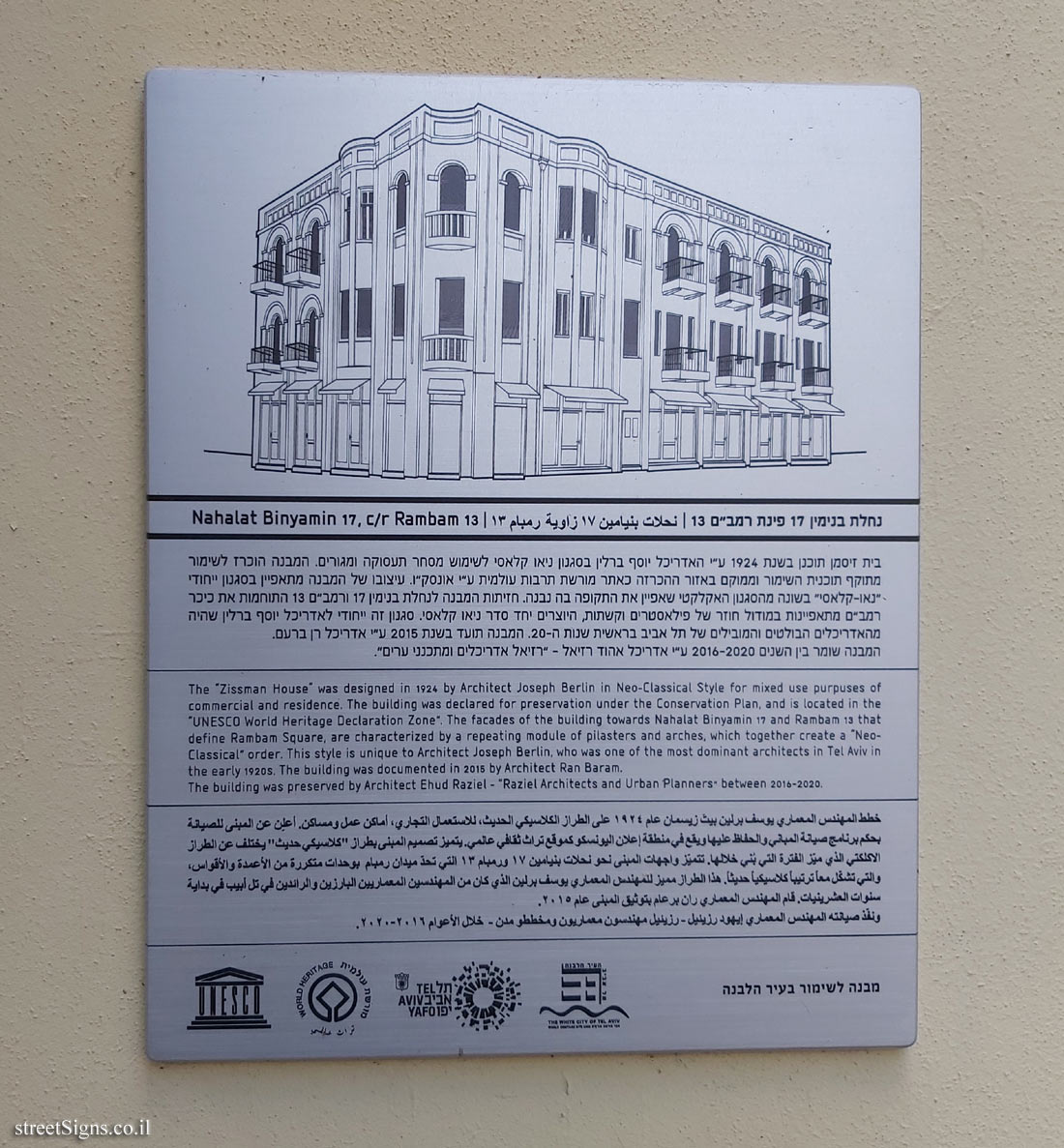 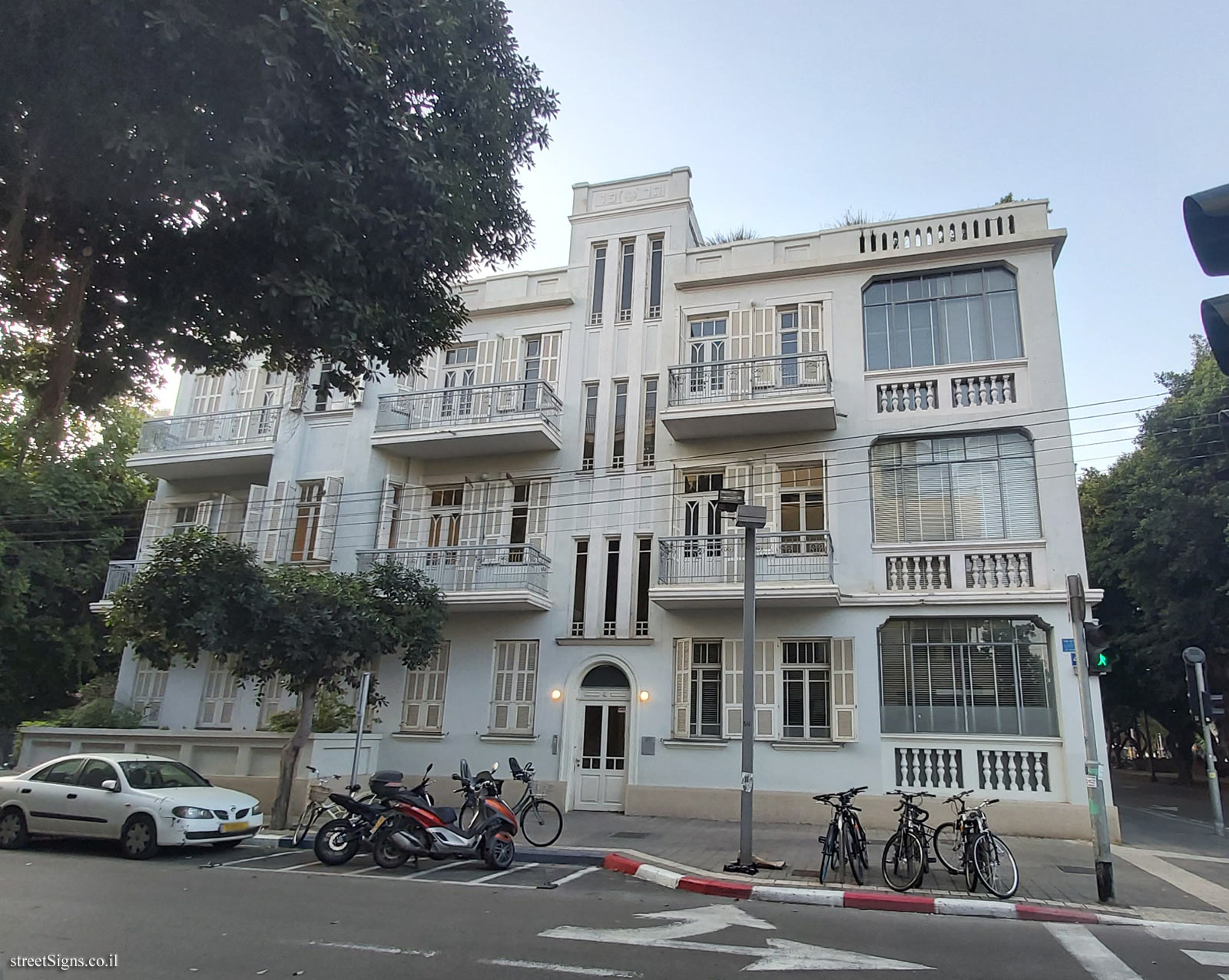