Ness Ziona - The beginning of the settlement in 1878 when Gustav Reissler, one of the Templar community in Israel, planted an orchard and dug a well where Ness Ziona is today. After his wife and daughters died of a fever, Reissler decided the place was not right for him, and in 1882 he met in the city of Odessa (Ukraine) a Chabad follower named Reuven Lehrer, and offered him an "exchange" deal, Lehrer would receive the orchard, and Reissler would receive Lehrer’s home in Odessa.
In 1883, Reuven Lehrer arrived at the place where Ness Ziona is today, and this is in fact the year defined as the year of the settlement.
Only 4 years later there was a "minyan" of men in the place, and then Lehrer’s house was also established

, and the settlement was given a name: "Nachlat Reuven"

.
In 1891, Michael Halperin, a member of the First Aliyah, established a workers’ colony In the territory of Reuven Lehrer and called it "Ness Ziona". Michael Halperin was also the first to wave the Israeli flag as it is known to us today (about that later)

An important event in the history of the colony was Herzl’s visit as part of the expedition he conducted in 1898 in which he met with the German Emperor Wilhelm II. Ness Ziona was his fourth stop, and the visit to the colony left a great impression on Herzl

.
In 1907, the first community center of Ness Ziona was established - "Beit Rishonim" - a house that served as a school, synagogue, the house of the Colony Committee and a gathering place

The Flag trail
The route, which includes historical points in the history of the city of Ness Ziona, is named after the historic event of the hoisting of the Israeli flag for the first time by Michael Halperin

.
A statue showing Michael Halperin riding his horse and waving the flag found in Halperin Square

In addition to a point on the route called the "National Flag Waving Site" | 1866 |, the route also includes the Hapoalim Colony and Halperin Square

The main signs in the flag route are large concrete pillars, bearing the station number on the route and a description of the point

. Another format is unnumbered stations, with a metallic sign resembling a flag waving in the wind 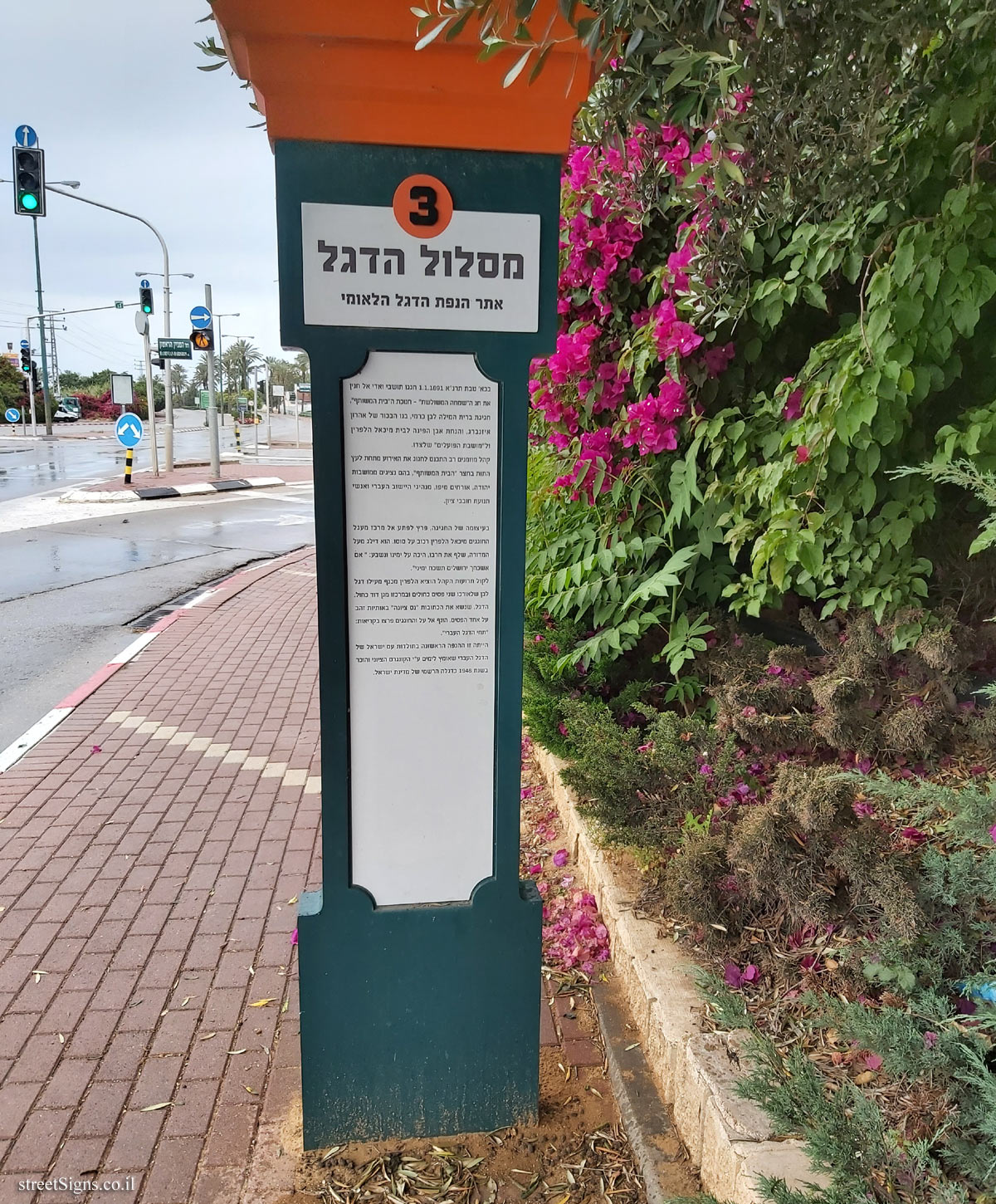 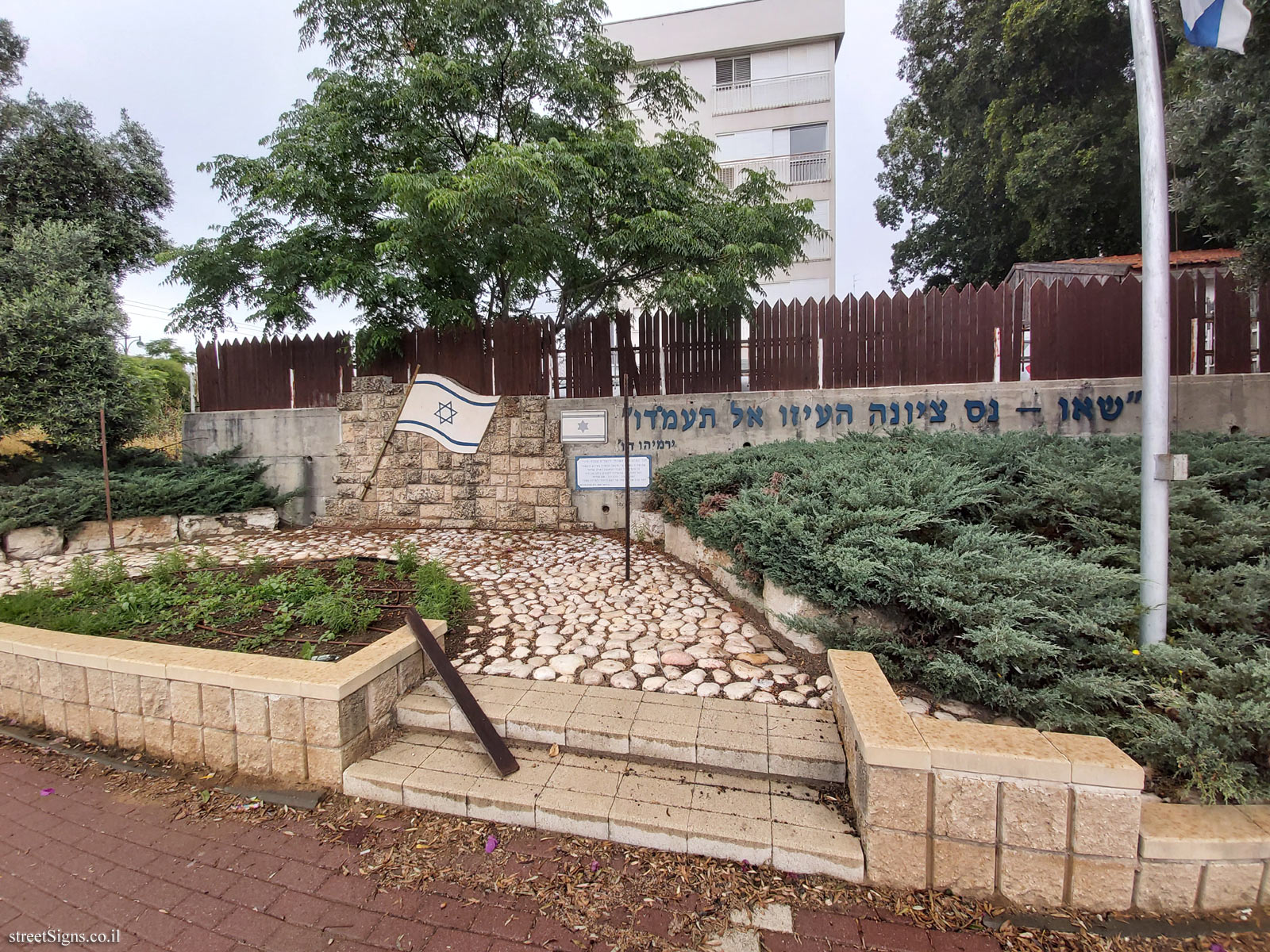