Oxford Castle is a castle in Oxford that was used primarily as a prison, and also played an important role in the 12th century in the Civil War in England ("Anarchy").
Construction of Oxford Castle began in 1071 by Robert D’Oyly, a Norman nobleman who was appointed sheriff of Oxford county by William I after the conquest of England. D’Oyly also built the Church of St. George’s which was completed in 1074

.
During the anarchy (English Civil War) the forces of the Norman King Stephen conquered Oxford Castle where Matilda (Empress Maude) was staying, but she managed to escape from there

.
In 1863 the last execution was carried out at Oxford Castle

.
The prison continued to function until 1996

The association, founded in 1927 and responsible for creating the route, was established with the aim of preserving the heritage of the city of Oxford as well as preserving its "green spaces". One of the association’s famous projects is the restoration of Oxford Castle and especially the St George’s Tower.

Additional signs displayed on the association’s website are placed on the buildings at Oxford Castle, for example

The signs are metal discs in a round shape, placed on the ground and connected by a narrow metal strip that forms the track.
In the center of the sign is the year of the event, and the description of the event in the upper arc.
One of the signs in the series: 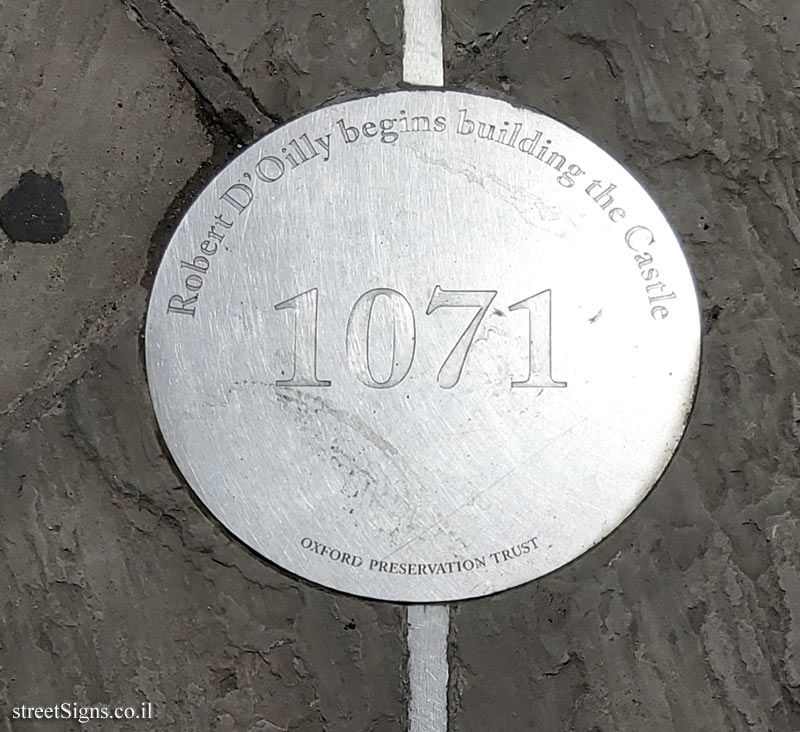 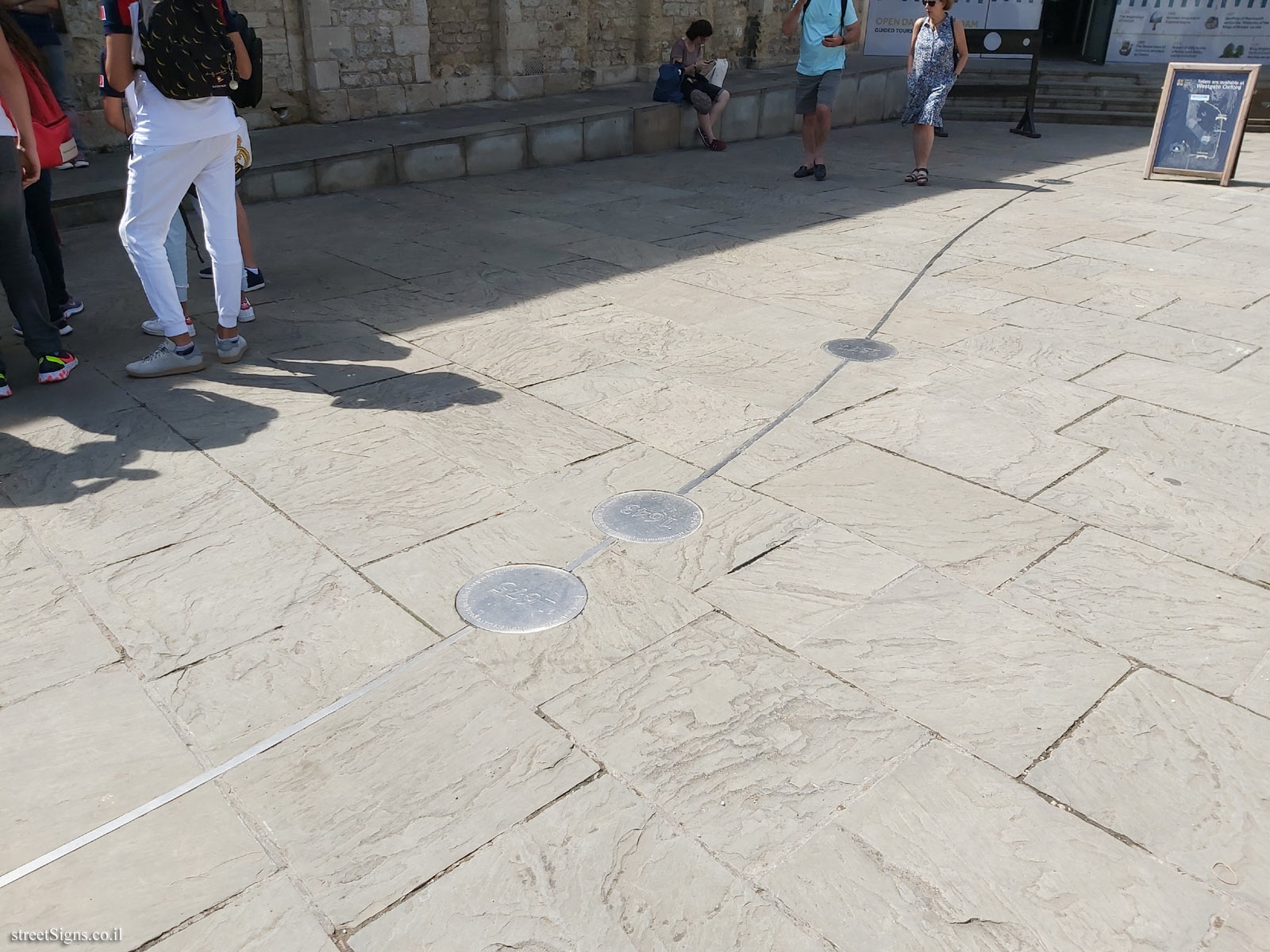 Click for all signs belonging to Oxford Castle Route