Ramat Gan was established in 1921 under the name "Ir Ganim"

Which was in fact an association of Tel Aviv residents who wanted to change the place and character of their place of residence (the association was established in 1914).
One of the ideas that formed the basis of the establishment of Ir Ganim, is Hebrew work in a place managed as a cooperative moshav while combining a city with many gardens that give the area a rustic scent (designed by architect Richard Kaufman). In 1923, the name of the city was changed to Ramat Gan, and the idea of ​​a cooperative moshav was abandoned. The name Ramat Gan describes the idea of ​​a city-gardens, and describes the gardens that were planted in the hills of the city (and were later inaugurated): Gan Avraham

.
Ramat Gan was recognized as a local council by the British government in 1926, when Avraham Krinitzi headed the council. Under Krinitzi’s leadership the place developed rapidly, a bus station was built

, the council house that later became the town hall

And the "Elite" Confectionery

Richard Kaufman
The architect who, according to his vision, designed the settlement "Ir Ganim", later Ramat Gan. Kaufman, born in 1887 in Germany, immigrated to Israel in 1920 at the initiative of Arthur Ruppin, to plan settlements that were about to be established in Israel. Kaufman advocated the design of a "garden city" that originated in the vision of the English philosopher Ebenezer Howard, who advocated a combination of low-rise urban construction with green spaces between the buildings.
Richard Kaufman planned dozens of moshavim and kibbutzim, including Nahalal

, Kfar Yehoshua and more. He also designed some of the booths for the Levant Fair exhibition

The Dairy and the Cooling House in the Ayanot

And many others.
Ramat Gan was designed with the intention of creating a green continuum between two hills and in the center of them Rambam Square

Avraham Krinitzi and Beit Krinitzi
The first mayor of Ramat Gan and the man in whose vision Ramat Gan developed. Krinitzi first served as head of the local council (1926) and then as mayor for more than 40 years until his death in a car accident (1969). Krinitzi, who was born in Russia (1886), immigrated to Israel in 1905, worked in various jobs, and was active in organizations such as the Poalei Zion and the Haganah.
Was one of the founders of Ir-Ganim, and upon recognition as a local council served as mayor and then non-stop as mayor.

or on the facades of buildings 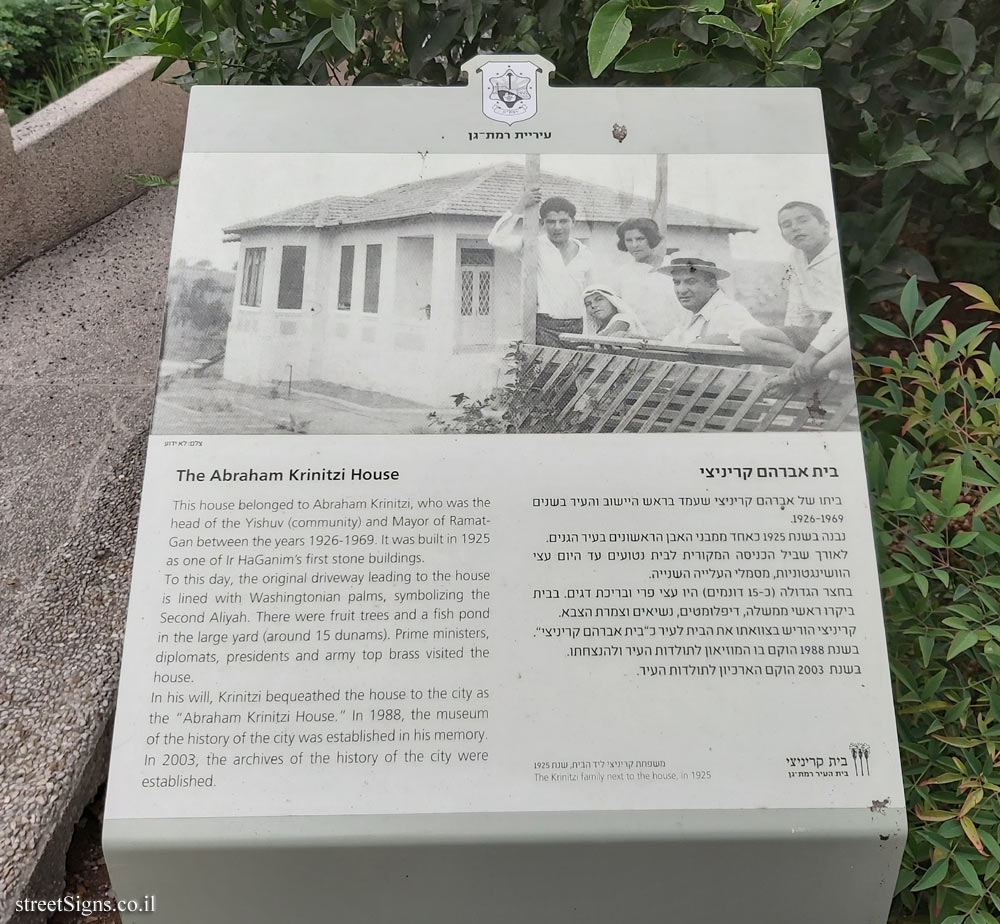 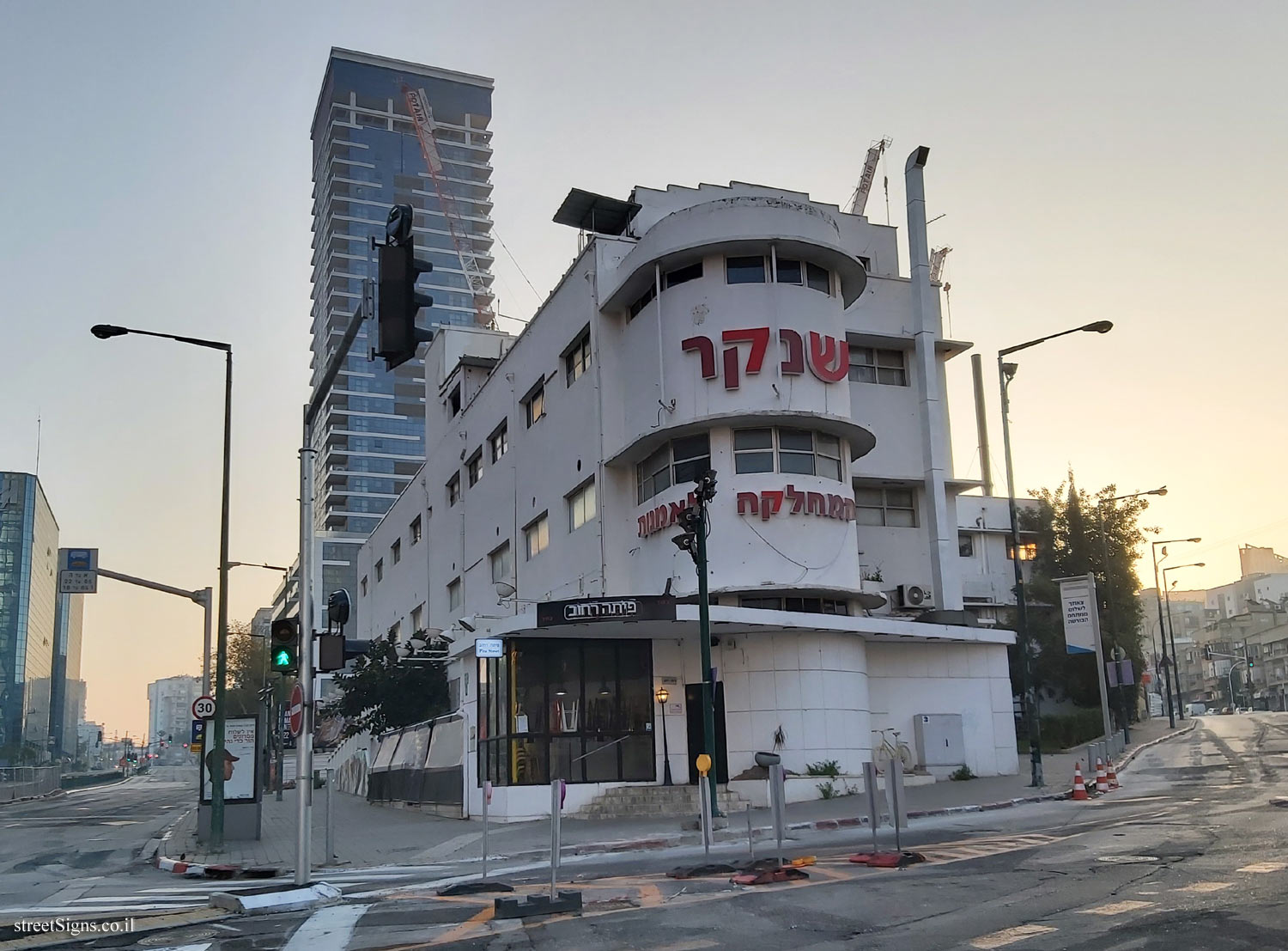 Click for all signs belonging to Ramat Gan's History