In 1871, the German Templars, a Christian religious movement that believed that the Messiah would come following settlement and work in the Land of Israel, established the colony of Sarona. Sarona was established by members of the movement who already lived in Jaffa and wanted to establish an agricultural colony.
come was established in the format of a German agricultural village with a community house

And the Medicinal Herb Garden of the Pharmacist Yitzhak Isidore Mamlock

During the First World War, a considerable part of the colony’s residents enlisted in the German army. After the Yarkon river crossing by the British Shipping Force

And the conquest of Tel Aviv sent some of the residents of Sarona to detention camps and part of the colony was a base for the British army.

After the war, the residents returned, and during World War II, the colony (which by now had become a local council) became a detention center.

After World War II not many of the original inhabitants remained, Sharona became a British army camp, and as such the place was attacked several times by the Irgun and the Haagana

After the establishment of the State of Israel, Sarona became part of the "HaKirya" camp - the Government Campus and from 1955 when the IDF’s General Staff moved to the Camp Camp, some of its units moved to Sarona.

Restoration and Preservation
In the early 2000s, the IDF evacuated the houses it seized in the Sarona area, and at the same time a plan was prepared to preserve the area, emphasizing the area becoming a pedestrian-designated area, including gardens and parks, all while preserving the character of the houses. As part of the conservation work, some of the houses were moved several meters so as not to damage the transport sequence. The houses were sawn at the foundation level, placed on wheels and transported to the new place on rails built especially for this purpose.

In 2014, the complex was opened to the general public, and today it has a culinary center, shops and an information center.

The signs made of metal have the same format: rectangular signs that include a picture, the name of the house in 3 languages ​​(Hebrew, Arabic and English), the description of the building and its owner in 3 languages. All the signs are on the walls of the houses.
One of the signs in the series: 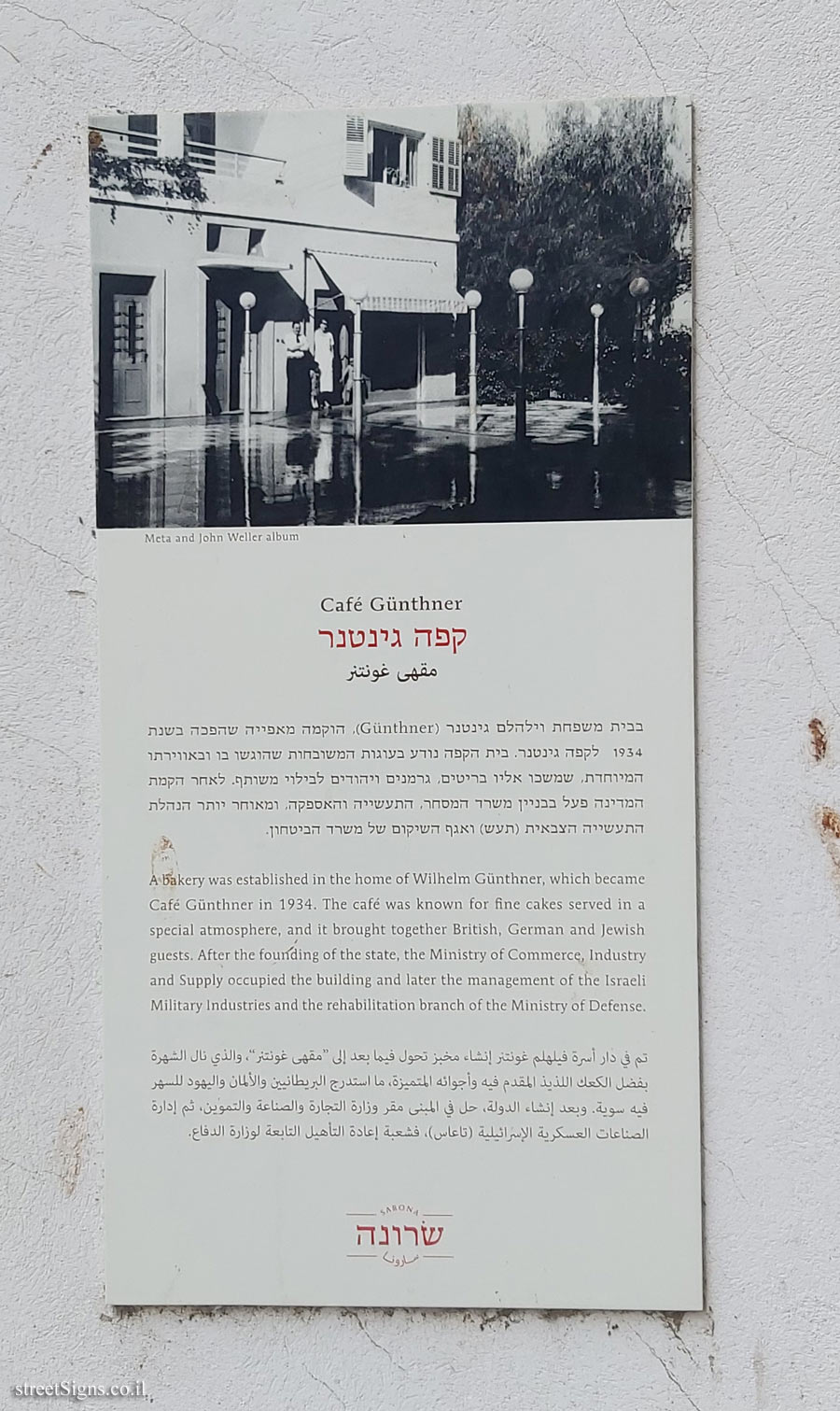 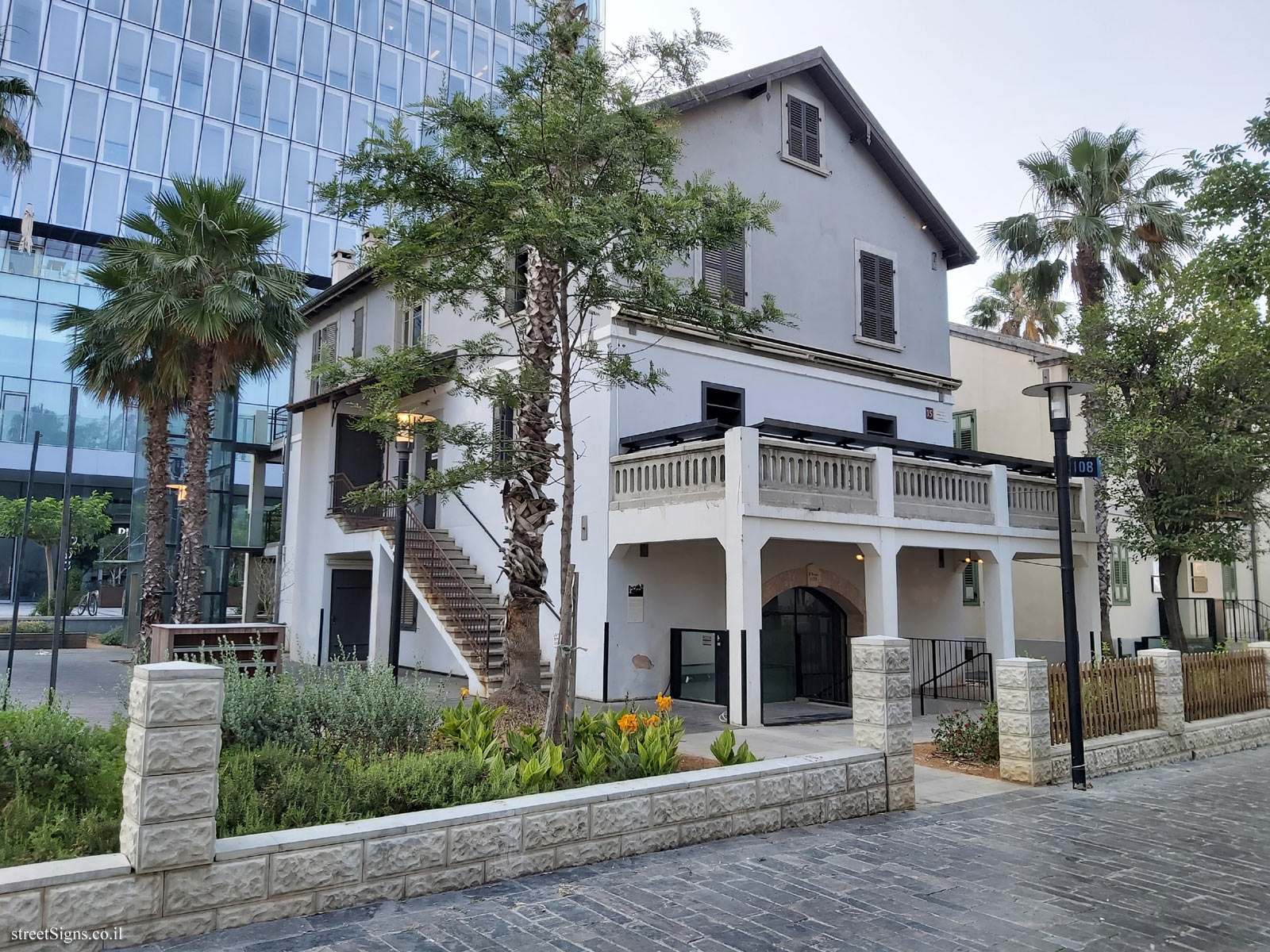