The story of the trail is well described in the text that appears at the first stop of the trail: The Rishonim Path is an urban walking trail that weaves the historical story of Kfar Saba through buildings that remain from its early years.
The trail was established in 2009 and initially included 10 stops, with 4 more stations later added.

The trail shows stations from the last construction of Kfar Saba (for the third time), starting in 1923.
Inside the path you can find the "palace" built in 1927

, a mention of the orchard branch in the colony

And many more stations.

Establishment of Kfar Saba
In modern times, the year 1892 can be seen as the beginning of settlement in Kfar Saba. This year, Kfar Saba lands were purchased in order to offer the settlers a purchase that failed. The lands were then transferred to Baron Rothschild (Edmund James de Rothschild). In 1903, farmers who came from Petah Tikva began working on these lands.
Kfar Saba suffered in the First World War, and at the end of the war it was almost completely destroyed because it was on the front line in the war between the Turks and the British.
In 1923, settlers came again to build Kfar Saba, a construction that this time lasted.

Mordecai Schreibman
The trail is named after Mordecai Schreibman, one of the founders of the city of Kfar Saba. Schreibman was born in 1877 in Bessarabia. In 1920, after riots in the place where he lived, he immigrated to Eretz Israel. After staying in various places in the country, in 1926 he moved with his family to Kfar Saba. In Kfar Saba he was one of the prominent figures, founded the central synagogue, and was among the founders of the waterworks.

leading to 14 stations.
The signs at the stations consist of large double-sided plastic panels that are on pillars. On one side of the sign you can find a picture (usually old) of the station, the route map and the marking of the station on it.
On the other side: a detailed description of the station in Hebrew and English.

Most of the time you can find on the top of the page that bears the sign, a ball with the station number

.
In several stations a bench was also displayed and on it is the station number

Click for a larger image
One of the signs in the series: 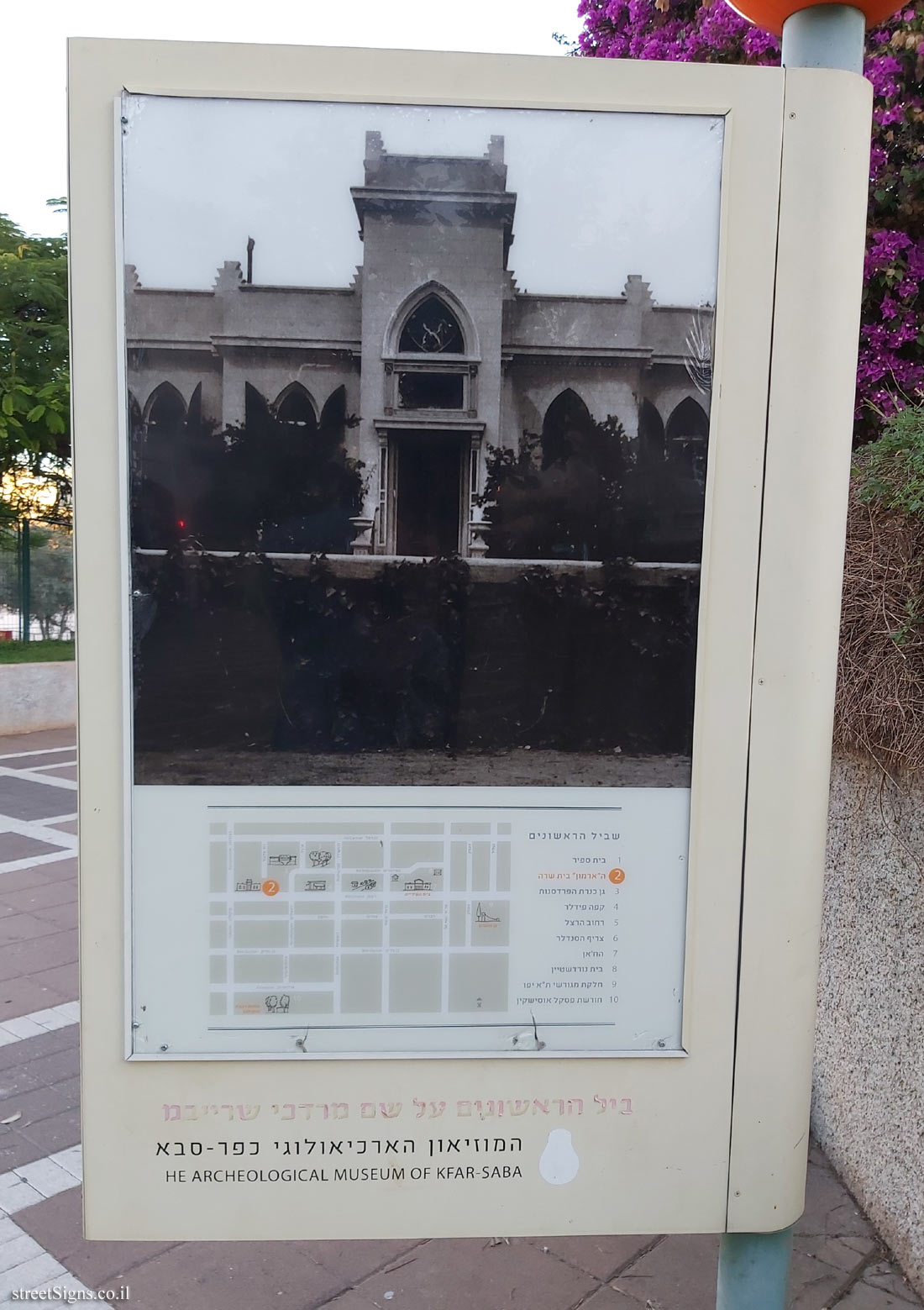 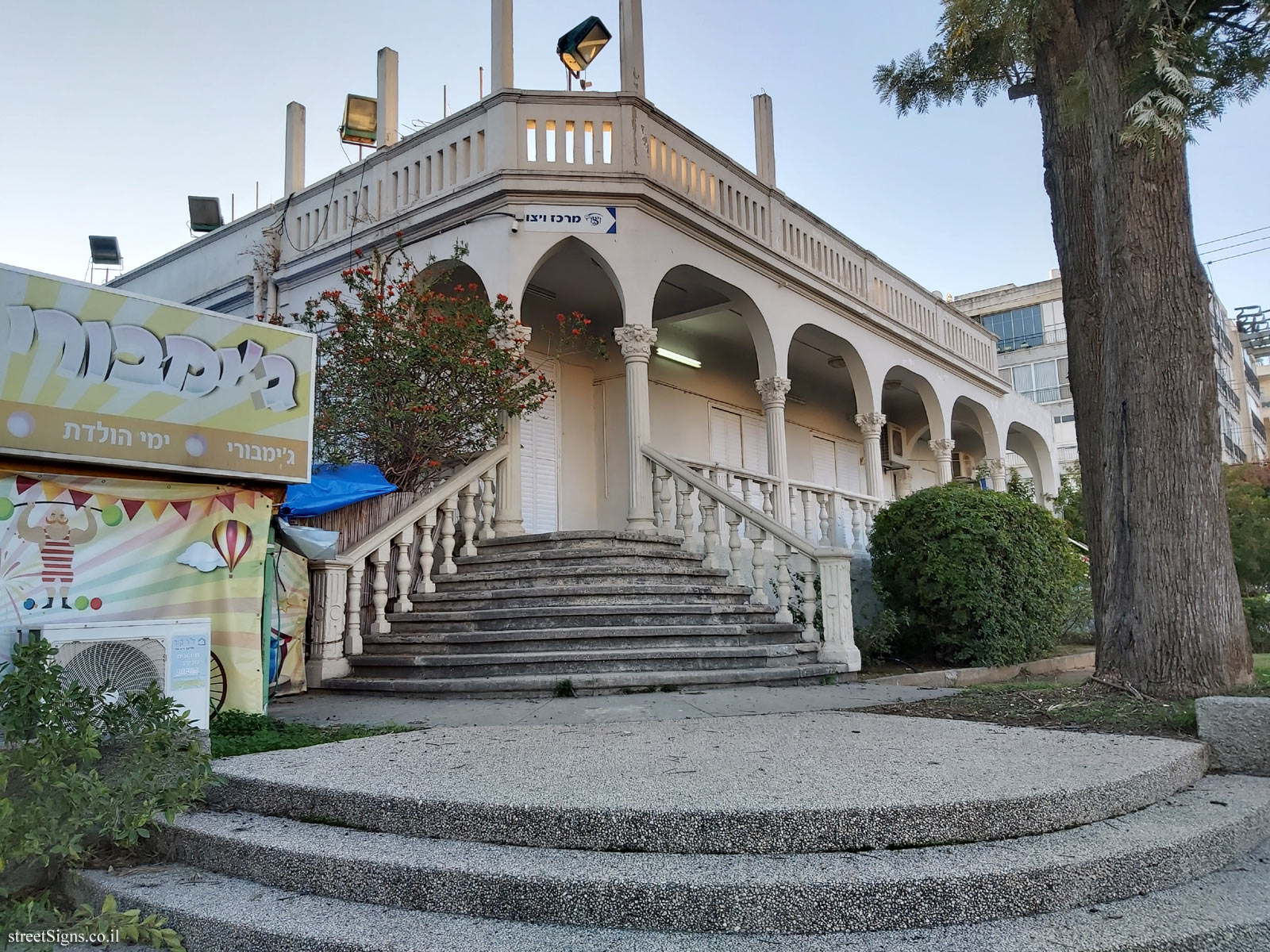 Click for all signs belonging to The Founders’ Path - Kfar Saba